HomeBlog – Daniele PrandelliForecastThe Next Crucial Two Weeks for the S&P500

The Next Crucial Two Weeks for the S&P500 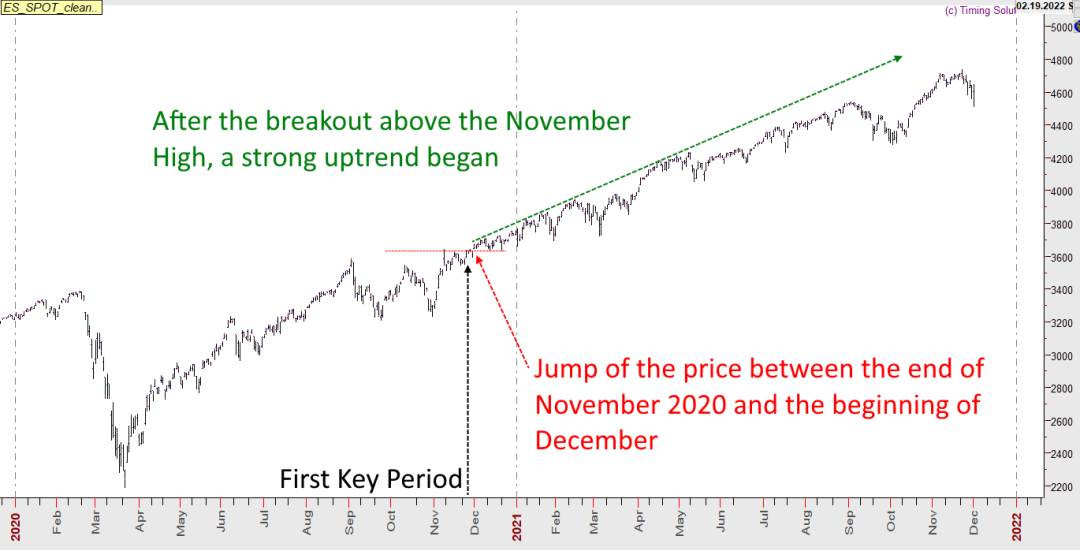 I want to talk to you about the next two weeks. I know, it is December, usually nothing big happens, but my timing analysis says that this is a time-window to look at with attention.

The last year has been extremely bullish, against any expectation. We could forecast an uptrend, but it is hard to forecast something at this pace. In the last 12 months I had two very important Key Periods, where I openly declared that they coulld stop the uptrend. The first one was around the last 10 days of November 2020, and the second one was around the end of May / beginning of June. Today, we know that these Key Periods did not stop the uptrend at all, but looking at these patterns makes us understand that they were very important for reading the trend of the following months.

Today, I want to look at what happened during the last two big Key Dates, and then we will be able to understand how to approach the same potential Key Date that is coming duirng the next two weeks.

First, we look at what happened in November 2020: 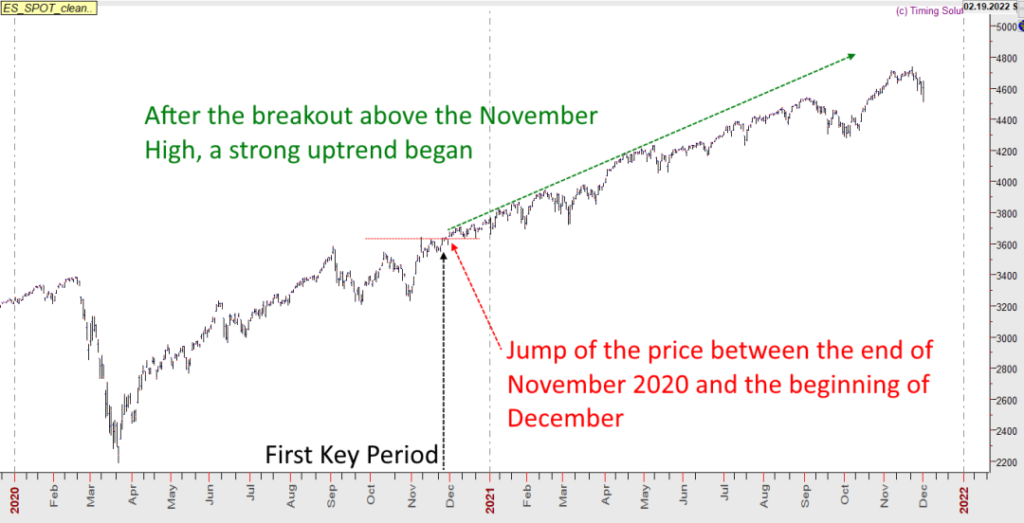 The chart shows that Novemebr 2020 was hitting New Highs, and the Key Date suggested that it could be a change in trend. However, the market moved above it in December 2020, inverting the energy of the Key Period, and creating a new up acceleration for the uptrend. I admit that I thought the Key Period could really declare the end of the uptrend, but the price nevel lies, and we only had to respect the rules and understand that the breakout was a new bullish signal.

Something similar happened in June 2021: 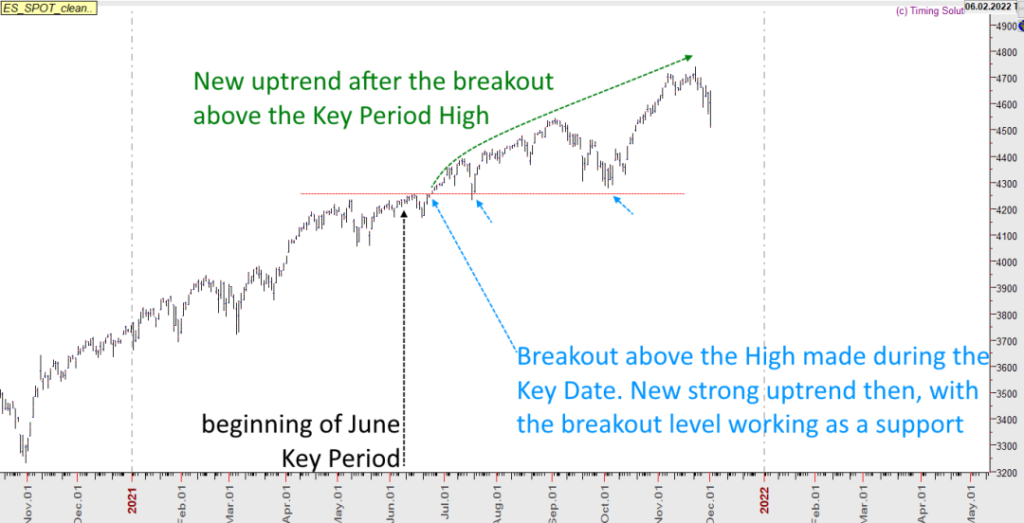 Same pattern! In June, during the Key Period, the S&P500 was at its Highs, and I thought it could be the end of the uptrend. Instead, the market surprised me with a new breakout that produced again a bullish acceleration.

I made a wrong forecast in both of these cases: in November 2020, the big timing made me call a potential High, but the market went up. In June 2021, I did forecast the beginning of a drop until the end of September/beginning of October (which became a Low and great buy opportunity indeed). In both the cases, I was wrong in calling the High, but the timing pattern helps us to understand when we are wrong.

Well, I do have calculated that the time-window that goes from December 9 to December 15 has the potential to reveal a new important pattern that will declare the trend of the next months. I hope this study may help us to read the right pattern at the right time. I am not saying it will reveal a High, or a Low. We know that we have high probabilities to see a new trend starting in this time-window.

All the best to all of you, keep in touch soon.